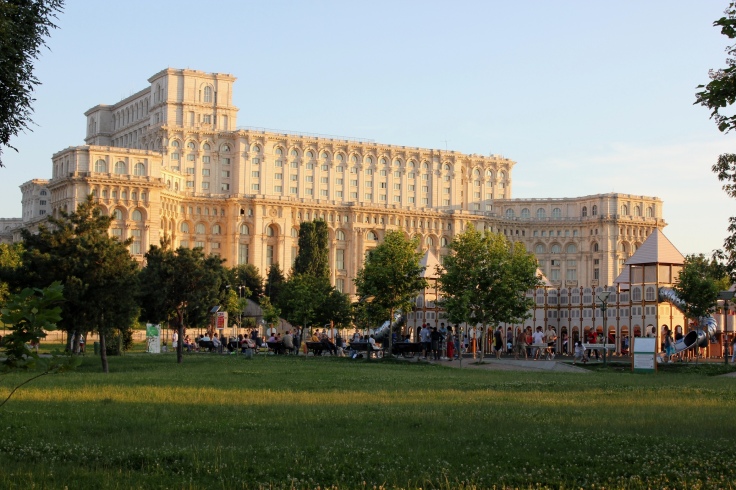 Right in the historical and geographical centre of Bucharest stands an impressive building that strikes one’s eye by its particular style. It is the Palace of the Romanian Parliament, a “giant” built during the “golden age” of the dictatorial regime and born in the mind of a man (Nicolae Ceausescu) for whom the notion of “reasonable size” did not exist.

The Palace was designed by architect Anca Petrescu and nearly completed by the Ceaușescu regime as the seat of political and administrative power. The construction was started and raised in 1984 while many Romanians experienced a period of privations. Probably that is the reason why, at the very beginning, the building was the object of their hate.

After December 1989, the building which may easily be spotted wherever you are in Bucharest, was considered to be hideous and became subject to the most original ideas.
Some, out of the revolutionary excitement, agreed that it should be dynamited, as it stood for the symbol of communism. Others agreed that it could accommodate a museum of communism. There were also others, more extravagant, who talked about palms rustle, rolling dice on green tables, roulette… but the Palace was not to be a casino.

Realizing its enormous value, in fact a Romanian inheritance in danger of being destroyed and robbed, people began to view the building with less hostility and named it the “People’s House”.

According to the official website of the Romanian Chamber of Deputies, this enormous building has 6 registers and 21 bodies. Moreover, the pompous halls and galleries are generously decorated with monumental sculptures, golden plaster, laced ceilings, brocharts, tapestries and heavy carpets, which harmoniously overwhelm the visitors.

Today, the multi-purpose building houses both chambers of the Romanian Parliament. According to the World Records Academy, the Palace is the world’s largest civilian building with an administrative function, the most expensive administrative building and also the heaviest building.

In 2003-2004 a glass annex was built alongside the external elevators to facilitate access to the National Museum of Contemporary Art (MNAC) which opened in 2004 inside the west wing of the palace and to the Museum and Park of Totalitarianism and Socialist Realism, which also opened in 2004.

Today, the Palace of the Parliament is visited daily by groups of visitors from all over the world. 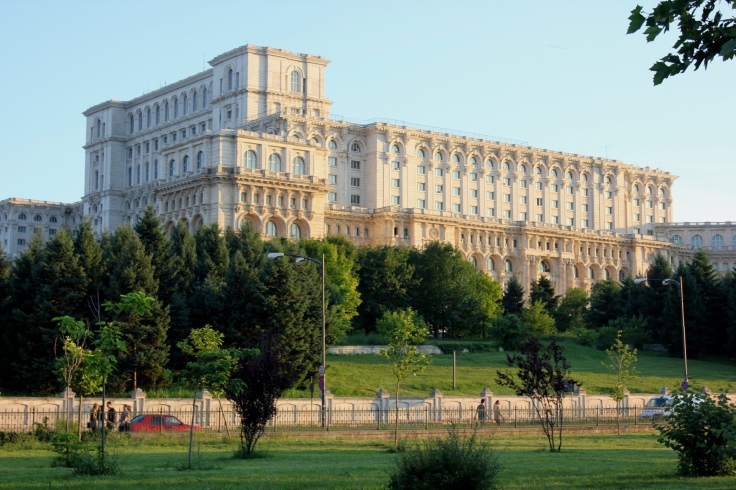 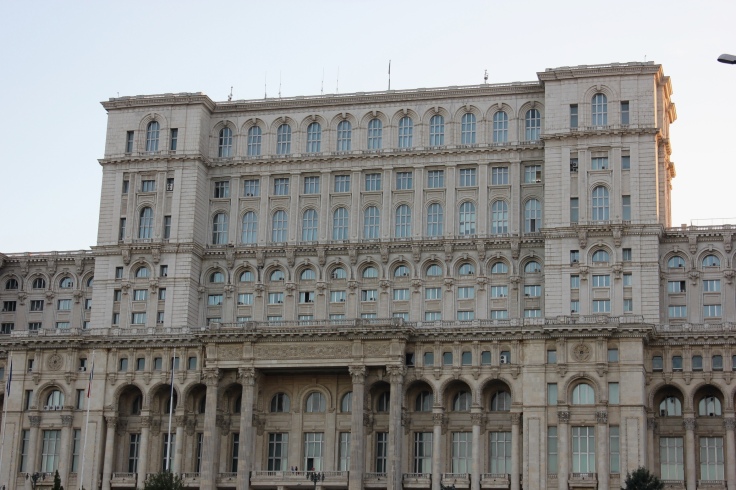