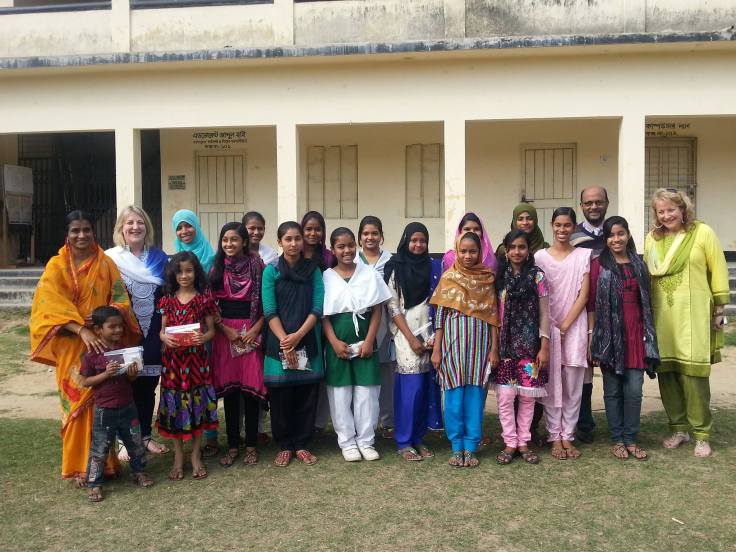 Some weeks ago, I had the honour to interview Siddika Ahmed, a woman passionate about gender equality and community empowerment who dedicated her life and career to make a change in the life of those surrounding her.

This interview was published on Time for Equality, an online platform and community that promotes and advocates for equality for all, irrespective of their gender, origin, beliefs or any other features that may define them.

I strongly encourage you to follow the activity of Time for Equality and to also check out the professional career and achievements of Siddika Ahmed who acts as a role model for many of us, men and women alike.

Roushon Siddika Ahmed is a woman of many talents, but mostly with a great heart and exceptional drive, living with passion, while striving to make a difference to the people around.

Siddika has extensive experience working with the private and public sector as well as with not-for-profit organisations in the UK and internationally and has successfully delivered projects at international, national, regional and local level.

Moreover, she has over 10 years experience of influencing, implementing and supporting the delivery of government policy both locally and nationally, having acted first as a Network Development Manager for Black & Ethnic Minority third sector groups and organisations in North Western England, then becoming a Strategic Policy Adviser in the UK’s Government North West Office.

Brought up in the philanthropist spirit and of Bangladeshi heritage, in 2011, Siddika Ahmed founded ‘‘Breaking the Cycle UK’’, a not-for-profit organisation supporting young girls from disadvantaged backgrounds in Sylhet, Bangladesh, to pursue secondary education and thus to be better informed and prepared for their life ahead.

Ever since then, she is the ‘‘returning daughter of Sylhet’’ for which (along with her long term work and commitment) she was praised and gained recognition yet again in January 2014, when she was included in this year’s list of the 100 most powerful and influential British Bangladeshis, under the ‘‘Activist’’ category.

Who is Siddika Ahmed? How would you define yourself? 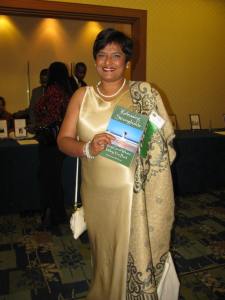 ”I am a British Bangladeshi woman committed to making a difference to the people around me & with Breaking the Cycle UK – specifically to the future of girls from disadvantaged families in Bangladesh.

The eldest amongst 6 girls and 2 boys from Bangladeshi parents, I learnt from an early age to care for others. Not only by taking care of my siblings, but also as an advocate for other Bangladeshis who lived in the surrounding areas in the West Midlands who had language difficulties to access medical services etc.

My father encouraged my passion for studying and following a successful education in the sciences, I took up a role in the Health and Safety Executive at Shell Internationale in The Netherlands. Although this was a great opportunity for starting a long-term career, personal principals led me to leave Shell and move into Sales and Marketing with a top 10 Global Pharmaceutical Company. Achieving the best sales awards in the first year and further successes in the years following, marriage led to a change in geography and career-path. I ventured onto a more personally fulfilling career in the Voluntary and Community sector.

I was elected to be the first Bangladeshi woman Chair of a strategic regional Equality Group. My legacy was a positive celebration of diversity each year appropriately named “celebr8: Don’t Discriminate”. Stakeholders show-cased the positive contributions that people from all minority groups made within their communities.

Most recently I have been included in the 2014 list of the British Bangladeshi Power 100 under the Activist category.

Many people define us in relation to our heritage, our ethnicity, career or financial status, so it becomes difficult to define oneself without those influences. I think I am someone who strives to make my actions congruent with my inner self and to be consistent in my endeavours to make a difference in some way that will have a lasting impact on society.”

When and how did you start getting involved in charity activities set to make a difference to disadvantaged communities from the UK and abroad?

”When I moved to Manchester about 15 years ago after meeting my husband, I started to volunteer for a small local charity to befriend people who felt isolated. Realising the struggle for funding and services faced by many ethnic minority organisations I applied for a role as Regional Manager for One North West. This position included supporting groups from Black and ethnic minority communities to become active citizens and voice their needs by participating in consultations so that they could have influenced policies that had an impact on them.

I became a member of the North West Regional Social, Economic and Environment Policy Group through this role and played a key part in the development of the first joint North West Equality and Diversity Strategy, endorsed by the Secretary of State for Communities.

When I gained recognition from the Minister of Communities and Local Government and was appointed to be a member of the National Muslim Women’s Advisory Group, one of the responsibilities I had, was to encourage and support Muslim women to become actively engaged in the political process and to act as role models for other women. The position enabled me to be part of a Foreign Office delegation, with the aim of engaging in dialogue with local Sylhet District Officials, media and community activists about the impact of negative, external influences on the youth of Sylhet.

The work with the Muslim women and the visit to Bangladesh re-kindled my interest in my heritage alongside my passion for equal opportunities for women and it reminded me of a view I had since childhood that education is key to progress for women in society.”

What drives you to take part in so many projects, to advocate for change and life improvement for certain people and ethnic groups?

”We have always been encouraged to help others less fortunate than us, as Muslims it is part of the 5 main pillars of Islam.

My father was a key driver in the development of my innate desire to make a change. He always reminded us how fortunate we were to have a secure home, loving parents and a privileged education and encourage us to help others. I have carried this advice with me throughout my life and taken the opportunities to advocate change or use my skills/abilities to bring influence policies that impact on people, particularly those suffering discrimination due to their ethnicity, faith, gender or sexuality in the UK and internationally.”

Over the years, you have built a career in the public sector, lobbying for numerous causes related to equality, diversity and community cohesion. What are the main challenges as well as the greatest achievements and rewards when making policies, drafting action plans and strategies?

”Lobbying has its frustrations as well as joy. Challenges include gaining support for specific issues and enabling a change in mind-set by politicians, policy-makers, local leaders as well as indigenous communities. Certain issues require funding to bring about change and this can sometimes be one of the great challenges because even if we bring about agreement to change policy, implementing the actions can be expensive or resource heavy.

The greatest achievements are when an issue is recognised by Government and then a Minister becomes a figurehead to lead the cause, budgets are agreed and local government and Public and Private Sector organisations work together to implement those changes.”

From 2007 to 2010, you worked for various local and regional government bodies in Manchester and the North-Western region of the United Kingdom. How effective is the bureaucratic system in making real changes for (potentially) and proven disadvantaged groups?

”The bureaucratic systems are inadequate in making real changes for these groups. It is not that there is not the will – but the system is so controlled by Party politics that barriers to change are inevitable.

The systems that are in place are set up to meet the needs of a specific indigenous community so dealing with diversity is difficult and complex. There are cost implications which are difficult to overcome particularly when specialist training is required to meet diverse needs.”

In January this year, you were included in the 100 British Bangladeshis List of 2014 under the Activist category. How is this affecting your work? Does it make it any easier to raise awareness and to find support for your cause both among private partners and government bodies?

”The recent inclusion in the British Bangladeshi Power 100 list has not made a recognisable impact but I cannot be sure. I recently got accepted by the international women’s group to participate as a mentor in a conference:MAD Leadership – Making a Difference 10th and 11th June 2014. I was selected out of 300 applicants to be a lead in this international conference and Time for Equality is supporting the work that I am doing so perhaps there is a positive impact on what I am doing.

Perhaps there is a creditability that is attached to someone who has been recognised by the state, employers and peers and there is an ongoing impact that I am not fully aware of but which I am befitting from.”

You can read the full interview with Siddika Ahmed on Time for Equality.