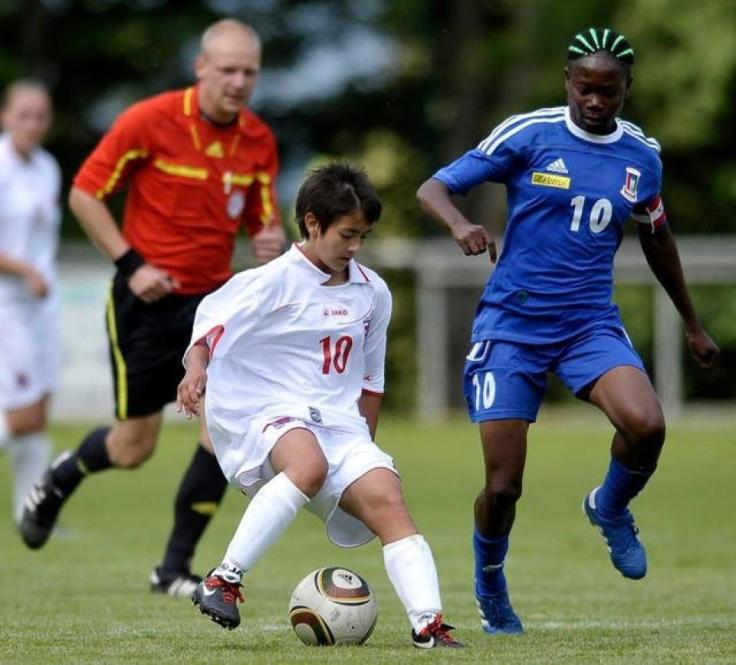 Having joined Luxembourg’s national women’s football team in 2008, promising local footballer Amy Lan Thompson has taken her game to the next level and joined German female team SV Bardenbach in the second Bundesliga.

18-year-old Amy has been playing football for most of her life, first trying out the male-dominated sport when she was six.

”I initially started taking ballet classes when I was four or five, but didn’t seem to enjoy it so much, hence my parents let me choose other hobbies or sports I was interested in. It was then that I knew I was interested in trying out football and table tennis,” she said.

Playing football with the boys is a tricky business, Amy reckoned, recalling being the only girl to play in the boys’ football team until she turned 11.

Part of the RM Hamm Benfica men’s football team, in Luxembourg Cents, Amy was 14 when she joined the Progrès Niedercorn football club for women, where she went on to win several trophies with the team.
When asked about the challenges she has faced in the male-oriented sport, Amy thinks of herself as a winner, because she can “prove herself to the men.”

”Football is my punching bag, my getaway, my passion”

At the initiative of one of her former coaches, Amy started thinking of playing football at a higher level, having traveled twice to Frankfurt last year to improve her skills at football camps.

Currently training four times a week, twice with Luxembourg’s national women’s team and twice with the SV Bardenbach, for Amy football is a lifestyle. ”Football is my punching bag, my getaway, my passion,” she confessed.

But despite her strong passion for the sport and the impressive drive to play football no matter what, Amy is well aware that life is unforeseeable and that playing football is risky.

”You always need a back-up plan in case you get injured, so you need to make a career.”

A first-year student of Social Work and Education at the University of Luxembourg, Amy wants to be prepared for the future, making reference to the limited work possibilities and career paths for female footballers.
Whilst men footballers can rise to fame by playing for the world’s major clubs, and be paid millions, this is not the case for most female footballers who need to have a second job in order to survive financially. 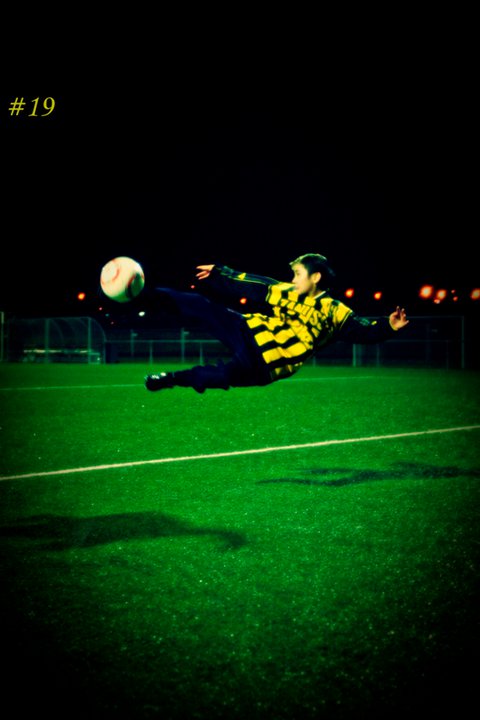 However, despite all sorts of challenges coming her way, she doesn’t plan on giving up, hoping to become a professional player and being able to play in the first Bundesliga in the future.

Working hard to achieve what she has always aimed at, Amy would also like to help Luxembourg develop the sport of football further and offer more and better opportunities for female players.
At the moment, football seems to become more popular amongst young girls, however, there are still very few female football coaches around and only about 25 girls take football more seriously in Luxembourg.

Amy has come a long way in her career and despite a remarkable success scored when joining SV Bardenbach, she remains a humble person, ready to make sacrifices for what she likes to do most.

You make sacrifices all the time.
You have to give up on many things, you need to choose whether you want to spend time with your family and friends on weekends and during evenings, or whether you would rather be on the field.
You really have to decide if you want to take football seriously.

For those who would like to support Amy, she has created a Facebook page where she tries to keep in touch with everyone interested in local football as well as willing to support women involved in the sport.

This is a feature article article I wrote for Luxembourg’s English-language news service wort.lu/en. It was published on March 11. You can find and read it here.