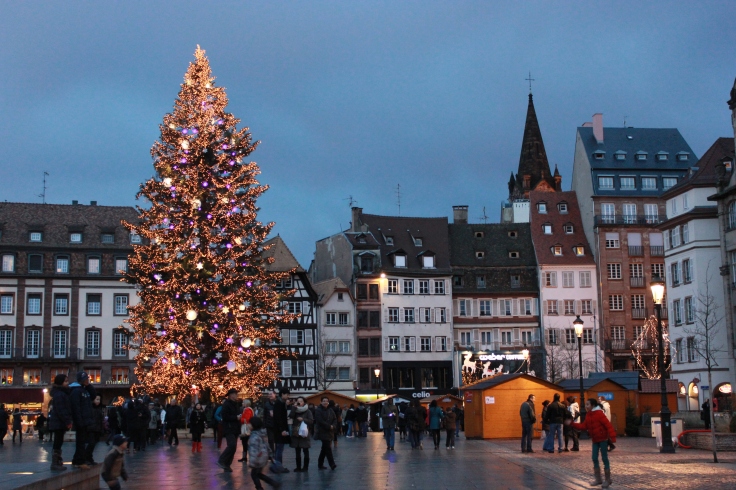 Some 200 km away from Luxembourg, Strasbourg lies on the western bank of the Rhine river, close to the French border with Germany.
Capital of the Alsace region, with a history spanning many centuries, with strong Germanic as well as Gallic influences, Strasbourg means the Fortress on the Crossroads, due to its proximity to many countries such as Germany, Luxembourg and even Switzerland.
Strasbourg has played a major role in the history of Christmas celebrations for centuries. The city is one of the oldest places in France to hold a Christmas market as early as 1570. Ever since, locals have been celebrating Christmas to a larger, greater and more ambitious extent every year, which has gradually turned the place into the Capital City of Christmas.

Today, millions of people buy and decorate a fir tree for Christmas, without even thinking of how this tradition might have started. Well, legend has it that the Christmas tree as we know it, originates from the region of Alsace. Back in the Middle-Age, people used to gather outside churches and tell the Creation Story in front of a Fir Tree which was thought to be the Tree of Paradise. Then, in 1521, the municipal council allowed people to cut small fir trees and decorate them for Christmas Day.
At that time people were using flowers, apples, sweets and biscuits to decorate their Christmas tree, apples being most popular in the area. However, one year the apple harvest was very low in Alsace, so people were faced with the need to improvise.

The local glass-workers, therefore, fashioned apples out of blown glass, and that is how Christmas baubles were born thanks to the shortage of apples. The tradition was quickly adopted by people in France, and later implemented in Europe. So, if it weren’t for the low apple harvest in Alsace one year, today we might have not used Christmas bubbles to decorate our trees, but rather fresh red apples, coming straight from our local supermarkets.

The Christmas market in Strasbourg is still on this year until the 31st of December, so whether I have just aroused your curiosity or you simply have no other plans for New Year’s Eve, go along to this magical place which is rightly called la Capitale de Noël.

If you are still not convinced, carry on reading:

Strasbourg’s historic city centre, the Grande Île, where the Christmas markets are usually held, was classified a World Heritage site by UNESCO in 1988, the first time such an honour was placed on an entire city centre.

Strasbourg is also the birthplace of printing as Gutenberg printed the first bible in the city, and today, authorities are highly committed to encouraging reading amongst people. If you are an avid reader, the local booksellers and their collectors are there to help you discover their finest works devoted especially to Strasbourg, Alsace, and the traditions of Christmas. Old post cards and engravings are also available.
For more information on Strasbourg and its Christmas markets click here.

The City of Strasbourg is a must-see if you live nearby, or better, if you are traveling across Europe. A hot spot all year round, make sure you don’t miss it. 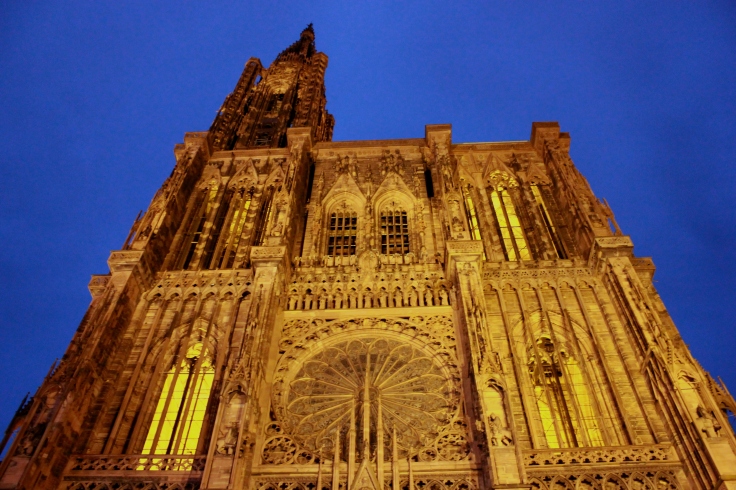