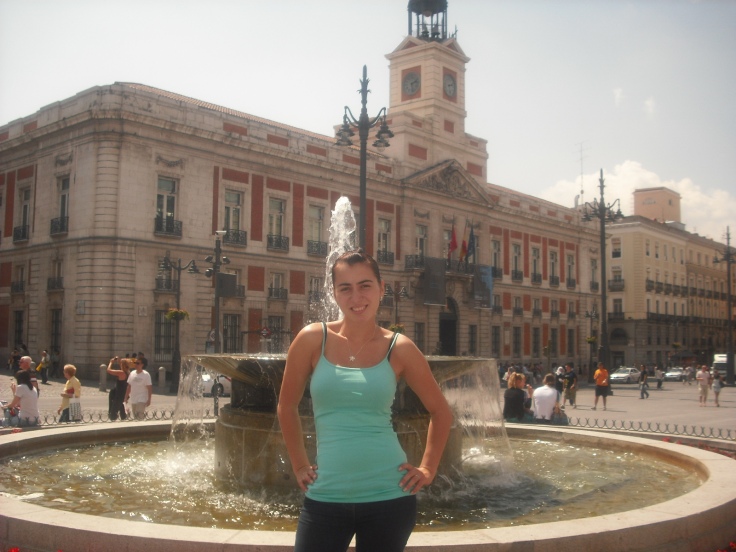 ‘I was tempted by the everlasting blue sky and the sunny weather!’

I declare myself guilty for not resisting the fascinating culture and the irresistibly tasty Spanish cuisine!

This is how the Erasmus idea first sprang into my mind. Once I knew for sure that Communication and Media students were eligible to study for a semester in Madrid, the temptation to apply never ceased. So there I was, ready to leave; ready to go!

I arrived in Spain at the very beginning of September in 2010. As expected, a busy and noisy cosmopolitan city was all there for me, having its streets vibrating with movement, music and people – a lot of people.

Of course I was on my own in a foreign country, where everything was new, but the city was spectacular and it felt incredibly exciting.

From the first day, I never had the chance to feel alone. There were many other Erasmus students from countries such as Holland, Switzerland, Sweden, Austria and Ireland to share my interests and likes. And so began the fun time. Themed parties and social gatherings were organised every single day, so there was no time for me to feel homesick or nostalgic.

While abroad, I attended classes at the Universidad CEU San Pablo which is one of the most respected institutions across Spain. I was offered unlimited access to up-to-date media facilities, including several TV and radio studios, industry-standard cameras and related equipment. I also benefited from the help of supportive lecturers, highly-regarded professionals who were working in the Spanish media who had gained experience and recognition both in Europe and the United States.

Unlike at RGU, in Madrid an independent CEU San Pablo building was allocated to the Faculty of Communication and Journalism- a place for all students who showed interest in communication, advertising, humanities and journalism. The TV and radio studios, the computer rooms and all other media facilities were gathered in a place called ‘El Studio’.

Erasmus was a perfect balance of fun and studying. Apart from the very tight schedule at the host university with all day-long classes five days a week, there was literally always something to be done or seen in Madrid. Museums, art galleries, hot spots for shopping or dine out- the only regret at times was that there were only 24 hours in a day.

The exchange programme was my chance to live abroad for half a year, explore a different culture and be part of a distinctive educational system where students see life and live it differently. It was a time designed exclusively for me, gaining invaluable experience and knowledge both personally and professionally.

Throughout the five months spent in Spain, I enhanced my understanding on media and achieved an insight into how journalism is being practiced in various parts of the world.

Outside the educational experience, I met people with different cultural and linguistic backgrounds. There were people whom I admired for their approach to live life and their perseverance on trying to make the most of it every day. There were people who made me push my own limits and believe in things I have never been aware of, and kind people who became my friends and whom I strongly respect and appreciate.

Being in the position of a former Erasmus student, I strongly encourage RGU students to seek out big challenges in their lives, challenges that once overcome bring you the greatest rewards. 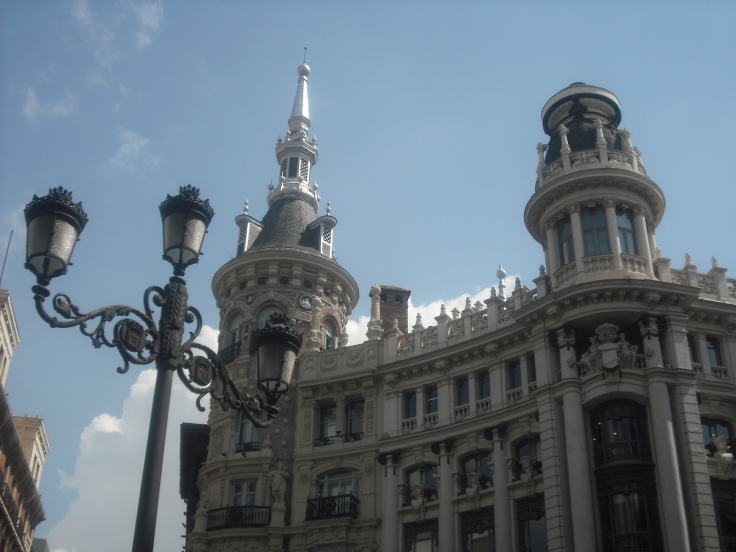