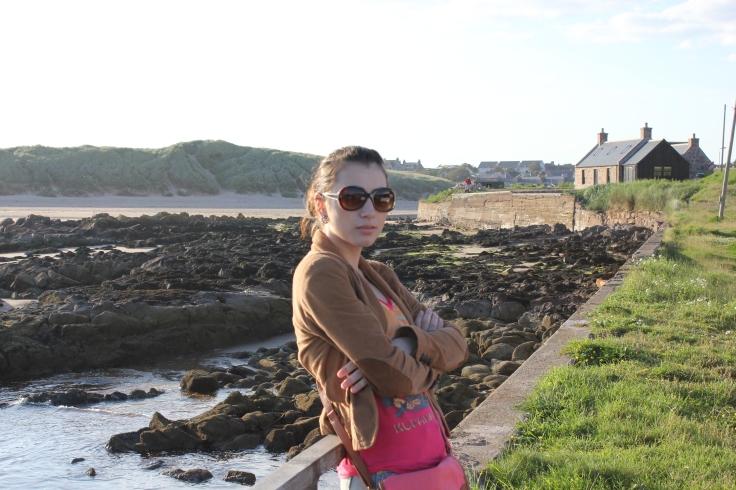 Taking advantage of a summery day in the North East of Scotland, surrounded by some friends I headed up north to the quiet yet beautiful coast of Peterhead, a fishers’ town from Aberdeenshire.
After walking around for some time, on our way back to Aberdeen, we decided to make a short stop in Cruden Bay and visit Slains Castle.
The locals of Cruden Bay fondly call Slains Castle-Dracula’s Castle. It is believed that Bram Stoker was so inspired by the Castle that it formed the basis for his most famous novel ‘Dracula’. Bram Stoker stayed in the nearby hotel, The Kilmarnock Arms, whilst he wrote his novel. Early drafts of his novel had Dracula coming ashore at Cruden Bay after his sea voyage from Transylvania.
Who would have thought that Romania and Scotland are linked by the legend of Dracula? Well, well, never say never! 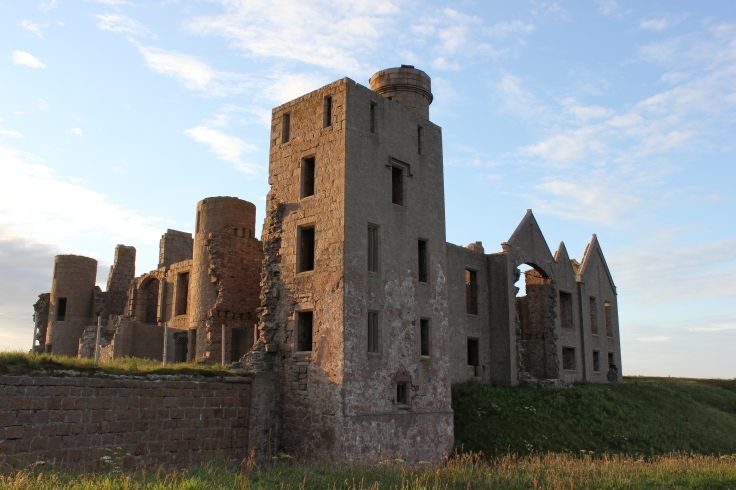