Located 160 km from Luxembourg-City, Namur (or Namen in Dutch) is the capital of the province of Namur, as well as of the French-speaking region Wallonia, home the Walloon Parliament.

One of the Namur’s highlights has to be its fortress, overlooking the old town and dating from the Roman era. Serving as a command centre of an important earldom in the Middle Ages, the citadel was then coveted and besieged by all the great powers of Europe between the 15th and 19th century. From 1891, it was transformed into a huge park, a real green lung overlooking the capital of Wallonia.

Today, the citadel is open to visitors all year-round, with guided tours on offer in French, English and Dutch. Don’t forget to greet the turtle master – a giant sculpture of a turtle standing on the Citadel. This work of art, ‘Searching for Utopia’, was designed by the Belgian artist Jan Fabre.

You can learn more about the fortress here and discover all of Namur’s hidden gems here. 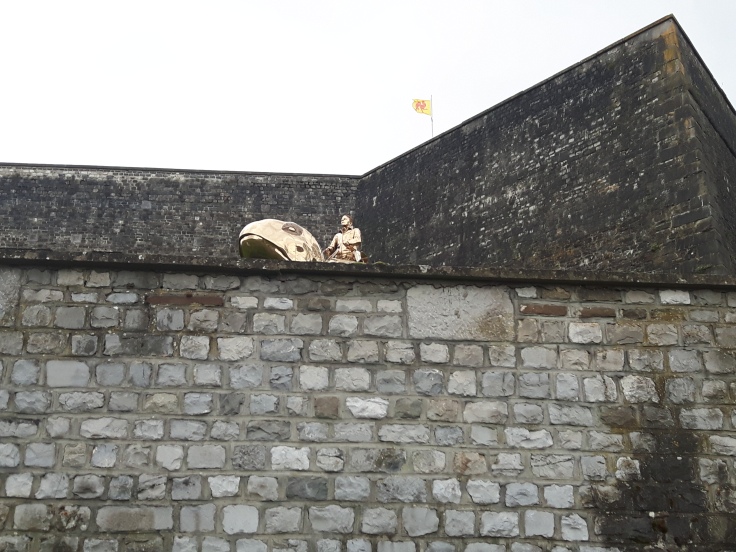 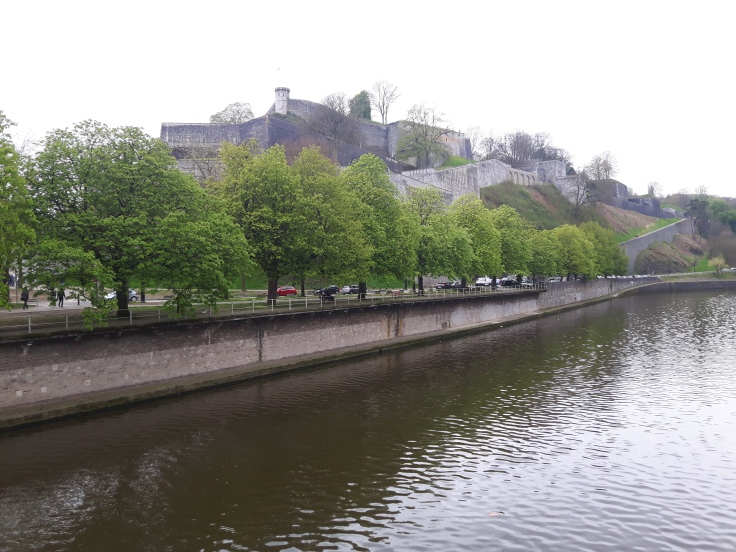 If you are lucky, (highly recommended to plan your trip) when visiting Namur, you will get the chance to see the unique ‘stilt walkers of Namur’. They are one of the oldest stilt walker groups in the world. Several stilt fights take place during the year, notably around major celebrations such as Easter or Christmas, but also in September. One of the fights is between ”Avresses” – walkers from the New City with the red and white coloured stilts and the ”Melans” – walkers from the Old City with yellow and black stilts. During these fight, the walkers aim to get their competitors down to the ground with their stilts. The losing team has no walker standing on his stilt. On the day of my trip, it was the ”Melans” who won the fight, gathering the crowds of tourists around them, eager to take perfect snapshots of these walkers. 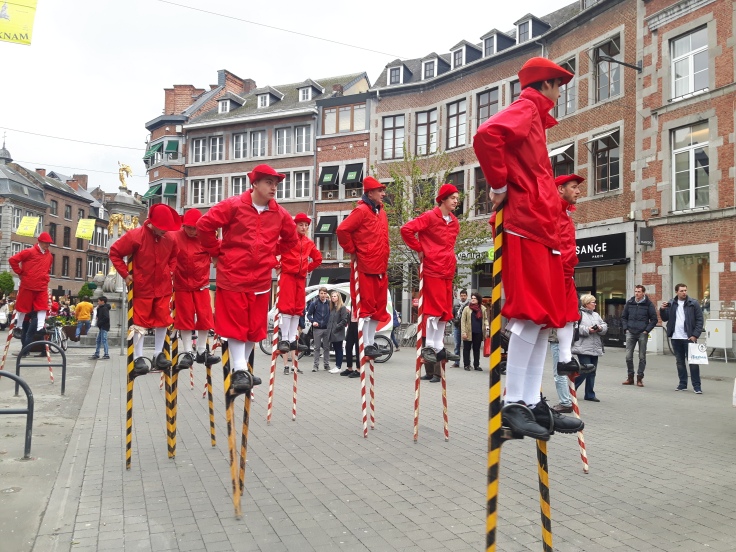 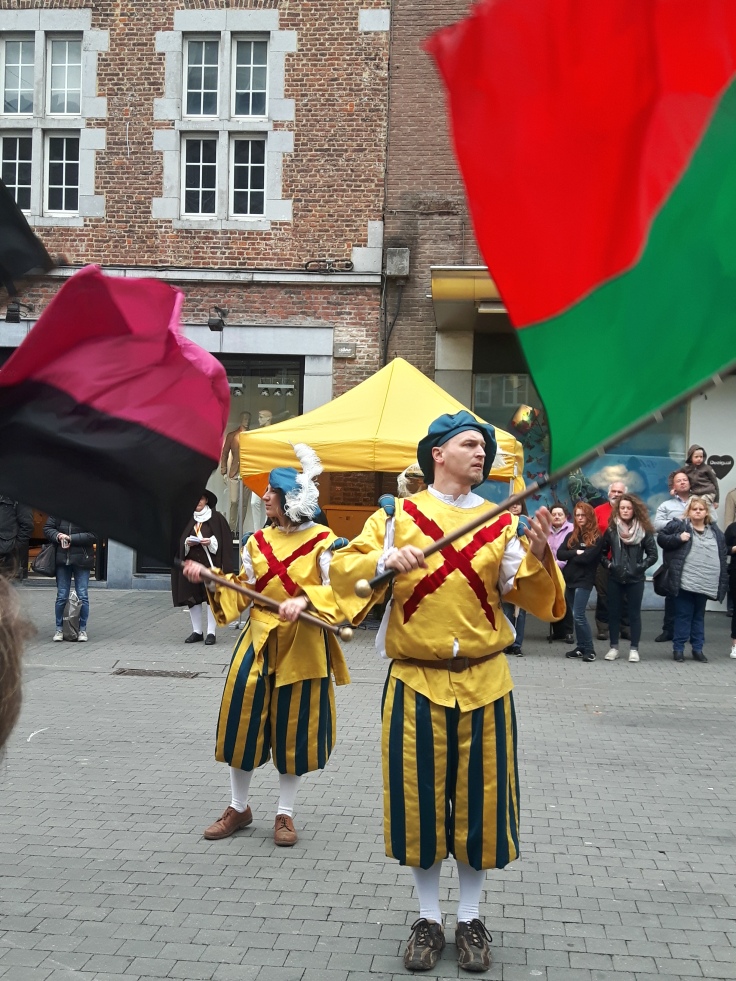