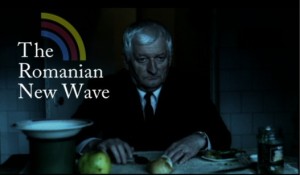 Soon after the fall of communism, a new generation of filmmakers has risen. Young, cinema passionate and eager to produce quality in spite of low-budgets, lack of support and low cinema interest in their country, Romanian directors found a way to prove their talent which finally paid off when more Romanian productions became critically acclaimed and received important awards at film festivals.

After 2001, the Romanian cinematography has seen an unpredicted explosion of films that were very well received by critics around the world. Eight years later, Mocan (2009) recalled that 17 movies had received international prizes or had been nominated in various festivals, fact which raised the first questions of whether or not critics should speak about a new Romanian wave in film. Today, scholars claim that the final answer regarding the authenticity and importance of the Romanian film was provided in 2007, when Cristian Mungiu produced a story about an illegal abortion in communist Romania that received the Palme d'Or award at the Cannes Film Festival. His movie “4 months, 3 weeks and 2 days” was awarded with 21 prizes and 16 other nominations which according to many theorists has finally put Romanian cinema on the international film’s map.

In 2007, film journalist and critic, Anthony Kaufman wrote in Indiewire a summarised description of the contemporary Romanian cinema:” The Romanian Revolution of 1989 ended decades of oppressive rule by Communist despot Nicolae Ceausescu, but it took another dozen years before Romanian filmmakers finally found their voice and vision. As anyone knows who follows the state of world cinema, the Romanians represent the newest national film movement to catch fire.”

According to Dimitri Kerkinos cited in ”Variety” the new breed of Romanian pictures has a very specific style: ‘‘Realism, very sparse, almost documentary-style editing and a great sense of suspense. They make films out of nothing, and they’re using a common language. What we can see here is a new school of filmmaking developing.’’ Although filmmakers don’t benefit from major financial support from the state, ‘‘there is so much talent, that these problems actually spark creativity.’’

Most contemporary directors focus in their films on the multidimensional aspects and facets of the former communist ‘‘reality’’ and, at times, are engaged in portraying the sort of ‘‘new life’’ experienced by people in the early years of post-communist Romania. The communist ideology seems to be treated with a sort of curiosity by western film critics and the media. However, beyond the fact that communism is a fairly unexplored subject, any depictions being welcomed for their documented value, one of the major reasons why Romanian film director had chosen to tackle such themes must be conferred by their personal experience and perspectives on society.


The new wave of filmmakers is strongly dedicated to depicting the Romanian communism because the past was once their own present. Cristian Mungiu, Corneliu Porumboiu, Radu Muntean, amongst others, were brought up facing oppression and censorship which heightened their ultimate ‘‘need’’ for presenting reality as it genuinely is. The films they created are surprisingly factual and intense for the audience as, most often, characters are based on real persons and former communist typologies.

The young generation of filmmakers has risen to give reality a strong voice. At the end of the day, who would have portrayed Romanian communism better than these critically acclaimed young directors who once witnessed it. They are indeed aware of holding an outstanding position as former spectators of communism and current storytellers of the era.

For Romanian critic, Andrei Gorzo, as suggested by Kaufman (2007) the new filmmakers are using the cinema as a tool to investigate reality with documentary-like specificity and moral depth. Referencing Porumboiu’s ‘‘ 12:08, East of Bucharest’’ Mungiu’s ‘‘4 months, 3 weeks and 2 days’’ and Cristi Puiu’s ”The Death of Mr. Lazarescu” Gorzo has argued that ‘‘this belief- this sense of duty towards reality- comes through with a special, startling, clarity and fervor in the work of Puiu and in the more recent films.’’


In order to understand the value and the liberal views of the contemporary Romanian cinema, it is important to look at how films were constructed in the communist era and to acknowledge that film productions were purely based on a ‘‘staged idea’’ giving the audience a false representation of reality. As Gonzo (cited in Kaufman 2007) pointed out ‘‘ for years, everything in Romanian films- except the clothes that people were wearing and the buildings they walked past- was fake.’’

Filmmakers also based their advocacy for truth and reality on political grounds which explain ‘‘the obsession for reality and sincerity towards the story told.’’ (Gorzo cited in Kaufman 2007)
As a film critic, Andrei Gorzo believes that the new generation of film directors is defined by a strong motivation to elicit propaganda. ‘‘If young Romanians have anything in common […] that is the desire not to do films like the passed generation did, when the cinema was one of the most important ways of propaganda.’’

When it comes to the discourse and narrative of these productions, Andreescu (2011) has argued that Romanian films present a structure of fantasy that brings forward a constant theme of suffering, inflicted by a source of authority with the power to constrain the agency of the hero and produce pain. ‘‘The hero in Romanian cinema seems at the mercy of an all potent and controlling power, and is generally presented as a victim.’’ (p.78)
In the communist era, ordinary people could easily identify themselves as victims, being oppressed by a system that was continuously scrutinising individuals. In 1989, when Ceausescu was executed and, consequently, 44 years of communism were brought to an end in the country, Andreescu (2011 p. 87) explained that Romanian people experienced a social and cultural trauma. Because the communist ideology greatly shaped social identities, its sudden collapse led to the invalidation and the dismissal of these identities, an action that proved to be traumatic for the society. People were confused by the new regime after having lived their entire lives under Ceausescu’s rule. The theme is also being successfully explored by the new generation of directors who do not cease to amaze both critics and audiences.

Kaceanov (2008) claimed that a new generation of Romanian directors produced an impressive body of films that have consistently landed at the top of international critics’ polls and in the coveted top tier of international film festivals. ‘‘Some critics and ”cinephiles” call it a “New Wave” others dispute the title, but everyone agrees that recent Romanian filmmaking is now perceived as a hotbed of fresh, expressive, and pertinent cinematic renewal.’’

According to Kaceanov (2008) these filmmakers create memorably ‘‘idiosyncratic characters and incidents’’ while following specific events as they unfold, usually disastrously and often comically. Social issues raised by this approach to storytelling are sharp and challenging. These directors have a common and recognizable style: long takes, hyper-naturalism and hand-held camera. Tragedy, irony, and satire are their moral and aesthetic arsenal.

The Romanian ‘‘New Wave’’ represents a valuable example of how counter cinema can produce exceptional films despite low-budgets, poor cinema infrastructure and promotion, as well as limited support from the government. The Romanian film is not designed to act as a form of escapism, but rather as a reminder of what it takes to be trapped in reality. Films may include graphic scenes describing violence, swearing, shocking close-ups such as in ‘‘4 months, 3 weeks and 2 days’’ directed by Cristian Mungiu. In this context, it is also worth noting that even those productions that generate laughter amongst the general public like ‘‘12:08 East of Bucharest’’, they still manage to criticise and reflect on important issues through the use of satire.


Through its discourse and narrative, the contemporary Romanian cinema draws attention to numerous ideological features of the former communist era. As Turner (1999 p. 171) suggested, it is impossible to stand outside ideology and talk about it in a language which is itself free of ideology, which is why none of the Romanian directors referenced throughout this paper can be accused of claiming to be completely objective. They should be rather seen as visual storytellers of their own communist experience, which does ultimately require one to have an understanding of how communist societies used to be constructed.

Whether or not one can describe it as a ”New Wave” in cinema, the current generation of Romanian filmmakers has proved exceptional talent and a great ability to turn their ”unfortunate”communist past into an compelling visual experience for ”cinephiles”.