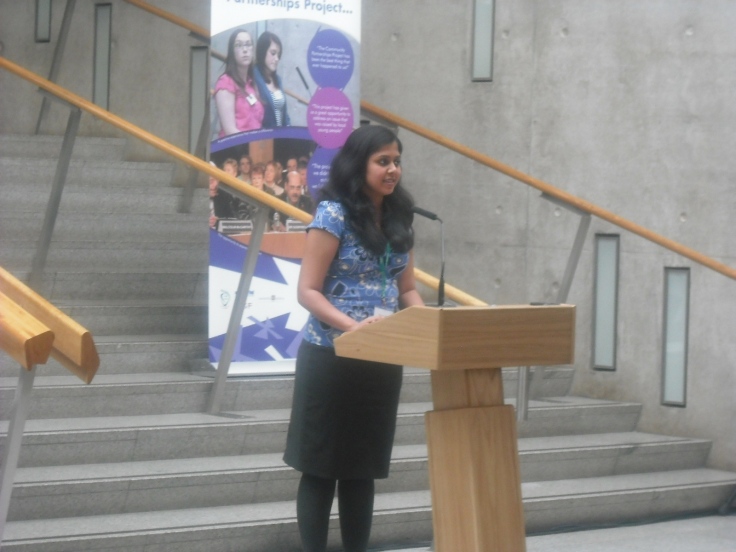 Today, I had the chance to travel to Edinburgh for the official launch of the Community Partnership Project at The Scottish Parliament.

As a volunteer for MULTI ETHNIC ABERDEEN LTD.(MEAL)and a Project Ambassador for the Racial Harassment and Discrimination group, I took part to the official launch ceremony. The event gathered Members of the Parliament, Parliamentary staff and representatives of different organisations that come together to support marginalised people.

The Scottish Parliament has been working hard in recent years to give people access to the MSPs and the chance to get their voice heard through numerous cultural, social and legislative projects.
With no exception today, alongside MEAL, there were other charity organisation from all over Scotland that have presented their projects and overall work for improving the life of young or disabled people, victims of mental illnesses, elderly people or individuals coming from various ethnic and cultural backgrounds.

In the presence of the eight elected Members of the Parliament and potential beneficiaries of the seeked improvements, all the issues have been raised and disscussed, with opportunities for developement and implementation in the future stages of the nine-month project.

An outcome conference will be organised in March 2012 when all participants, organisations and relevant Members of the Parliament will come together again at Holyrood in Edinburgh to discuss and reflect on the effectiveness of the projects. The time will then come to see if the work carried out by all the volunteers have produced or would be soon making a difference for people living in Scotland. 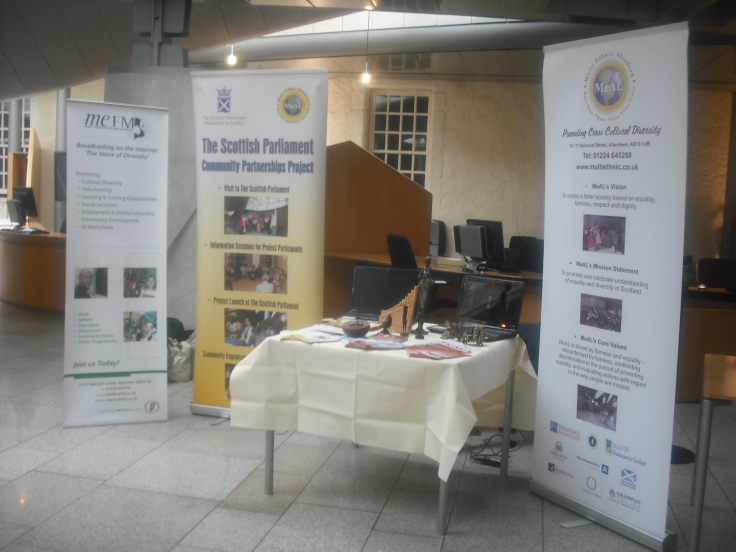