On the 5th of November 2011, members of the Romanian community in Aberdeen and the north-east of Scotland gathered in the Granite City to celebrate a ‘Romanian Night’ under the generic name of ‘Pastrati Hora Romaneasca’.

The event, which was organised under the patronage of Maria Marcaş and her family, showcased the image of Romania through photographs, traditional costumes, cuisine and musical heritage.

On its 4th edition, the ‘Romanian Night’ received great support from the Consular Office in Edinburgh, through the presence of Mr. Mihai Delcea, who came to Aberdeen to engage with the community especially for this occasion and to transmit a message on behalf of Dr. Ion Jinga, the Ambassador of Romania in Great Britain.

Alongside the Romanian Diaspora, Mr. Marian Răducan, the mayor of Şişesti, in the county of Mehedinţi, came from Romania to take part to this event.

Amongst the Scottish community, Rita Marcella, the Dean of Aberdeen Business School, at the Robert Gordon University, her family as well as other beloved friends and supporters of the Romanian community in Scotland accepted the invitation.

At the event, traditional Romanian dishes were served, such as ‘sărmăluţe’ and ‘mămăliguţă’, while the music was provided by DJ Manu who was commissioned for this special occasion from Romania.

The ‘Romanian Night’ was a genuine success, confirmed by the large number of participants, over 100 people attending the annual meeting of the Romanian community in the north-east of Scotland. 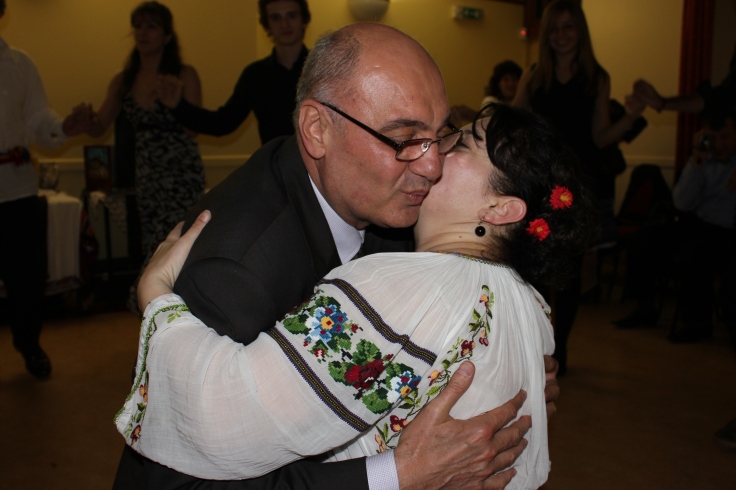